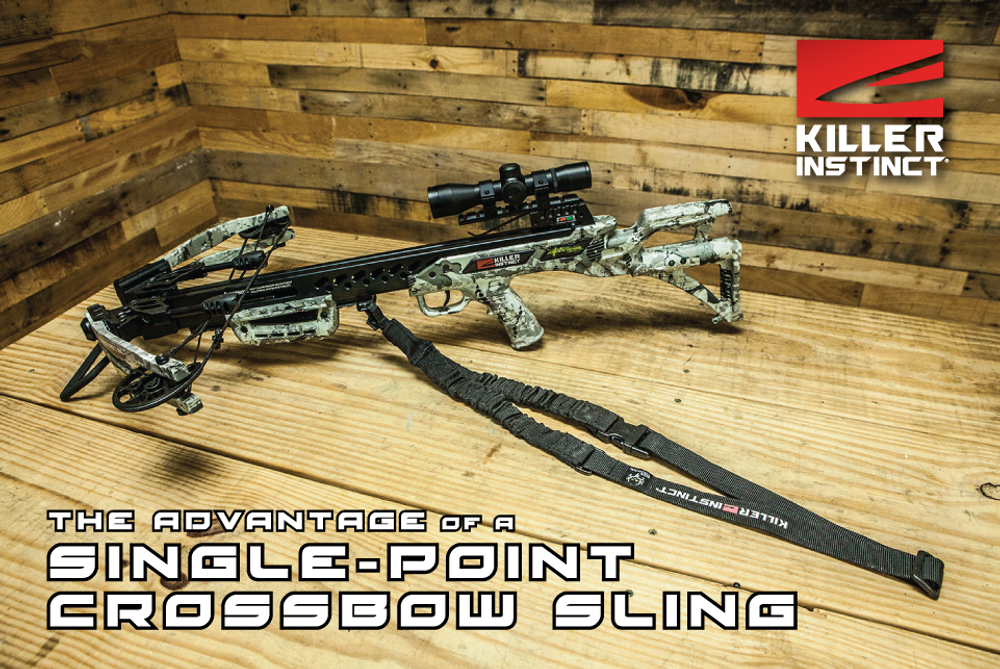 The sling is one of the most important – and most overlooked – accessories that every crossbow owner should have.

Well, the average crossbow weighs between six and ten pounds, and if you were to leave home without one, you’d be ordering a sling on your smartphone before you hiked halfway to your hunting spot.

Single point slings have traditionally been known to be used, and trusted by military, law enforcement, competition shooters and even hunters to securely carry their carbine rifles and long guns. When such a simple design is proven to work on an AR 15, it makes sense that the same results can be expected when using a single-point sling on a crossbow – a weapon with a similar profile.

When you mentally picture a single-point sling, think of a lasso or slipknot, but with a clip on the end opposite the loop. To wear one properly, put your head and dominant arm through the loop, attach the clip to the crossbow with a picatinny rail mount and adjust the length of the sling as needed. The weapon will hang freely in front of you, with the barrel pointed towards the ground making it easy for the shooter to grip and shoulder the bow from its resting position.

In most situations, a single-point sling is hard to beat; it gives the shooter freedom of movement, allowing them to aim freely, move quickly and when not in use, push the bow to your side in order to move freely and use both hands. Single-point slings are also effective to help steady your aim when shooting offhand. The pressure created on the sling between the bow and your body acts as a stabilizing force when shouldering a crossbow.

So, if you’re looking for an easier way to carry and maneuver your crossbow when in the field, check into single-point slings for your next hunt.