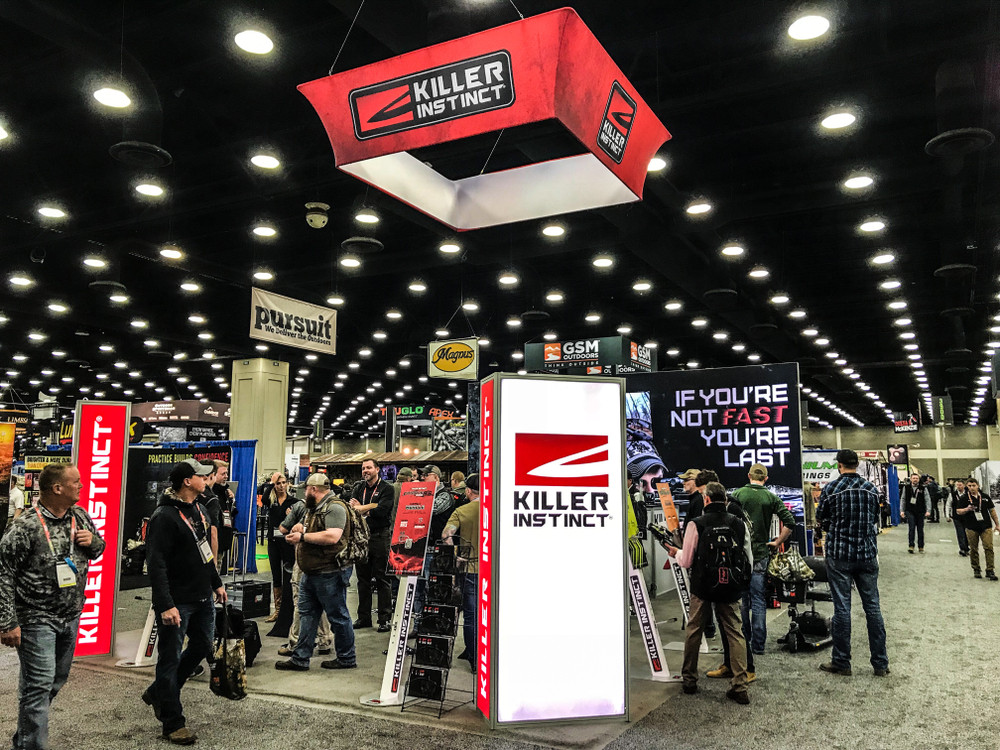 Every year companies who design, manufacture and market hunting products related to archery equipment gather in one place at the first of the new year to show off what's new for the coming year to the archery industry as a whole, otherwise known as The Archery Trade Association Show.

For 2019 the stage was set in Louisville Kentucky where the ATA show began on January 10, 2019 and ran through January 12, 2019. Many companies arrive 3 and even 4 days prior to the show to prepare their booths and get ready to show the world their new gear for the year. Killer Instinct Crossbows made their yearly debut at the show by arriving Monday the 7th to begin set up.

After a day of driving and two days of setup, Killer Instinct was ready to unveil their new crossbow line and accessories to the Archery industry.

Killer Instinct released their new lineup of bows including: